The North East facing Swadhyay Bhawan is located amidst a Jain temple and one of the rivers. The brief was to conceptualize a building, along with temple, to house people for undertaking Swadhyay (spiritual act of self-study) or Meditation. An earthy and minimalistic space is designed using local materials, with a conscious use of light and shadow. The spaces are designed according to three major experiences- The outermost (Landscaped area) and the middle zone (the corridor) and the innermost zone (the hall).

The landscape area consists of curved steps for seating, a landscape buffer for plantation between steps and plinth, cantilever, and a series of bamboos at building’s four corners. The corridor separates from the outer area through perforated screens made of green painted barrel tiles on one side and a series of windows and niches placed alternatively on the other side. In the main hall, one can encounter five arches over a stage on the opposite end and seven vaults at the ceiling. Opposite to the stage, seating for XXX people is made on concrete steps.Curved walls flank the stage on either side. A series of small arched openings within niches throughout the wall’s head let narrow sunlight beams enter the premises. 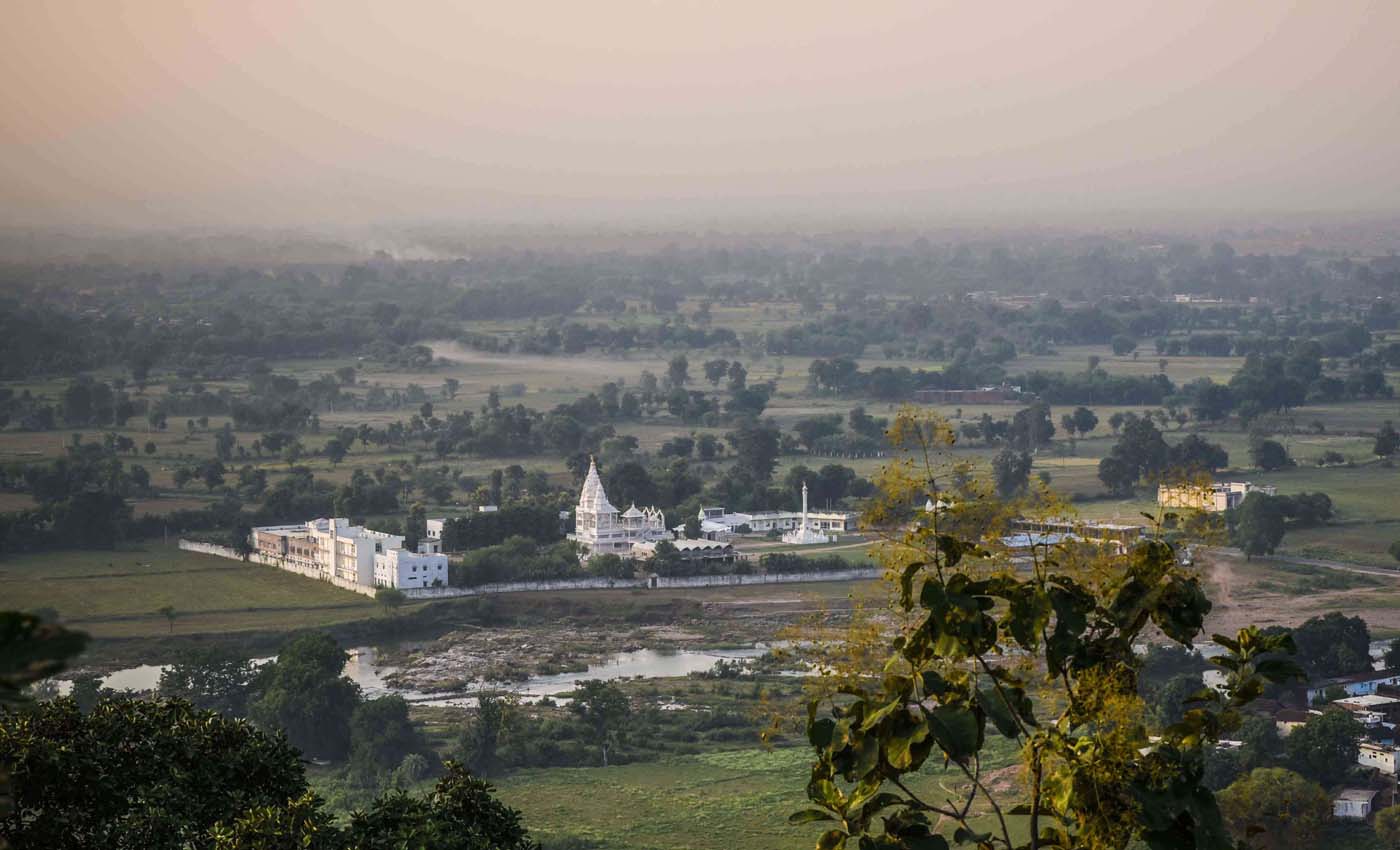 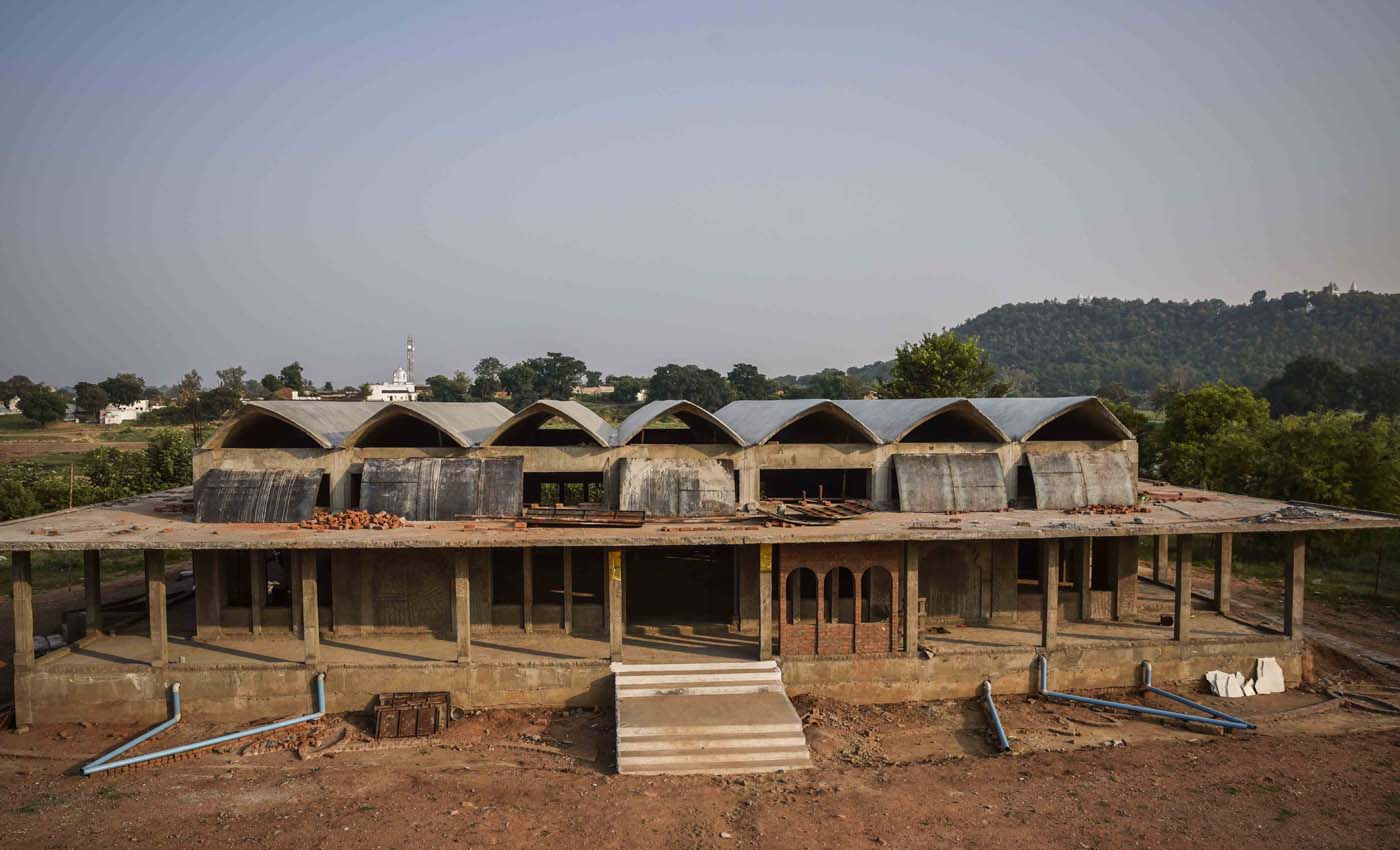 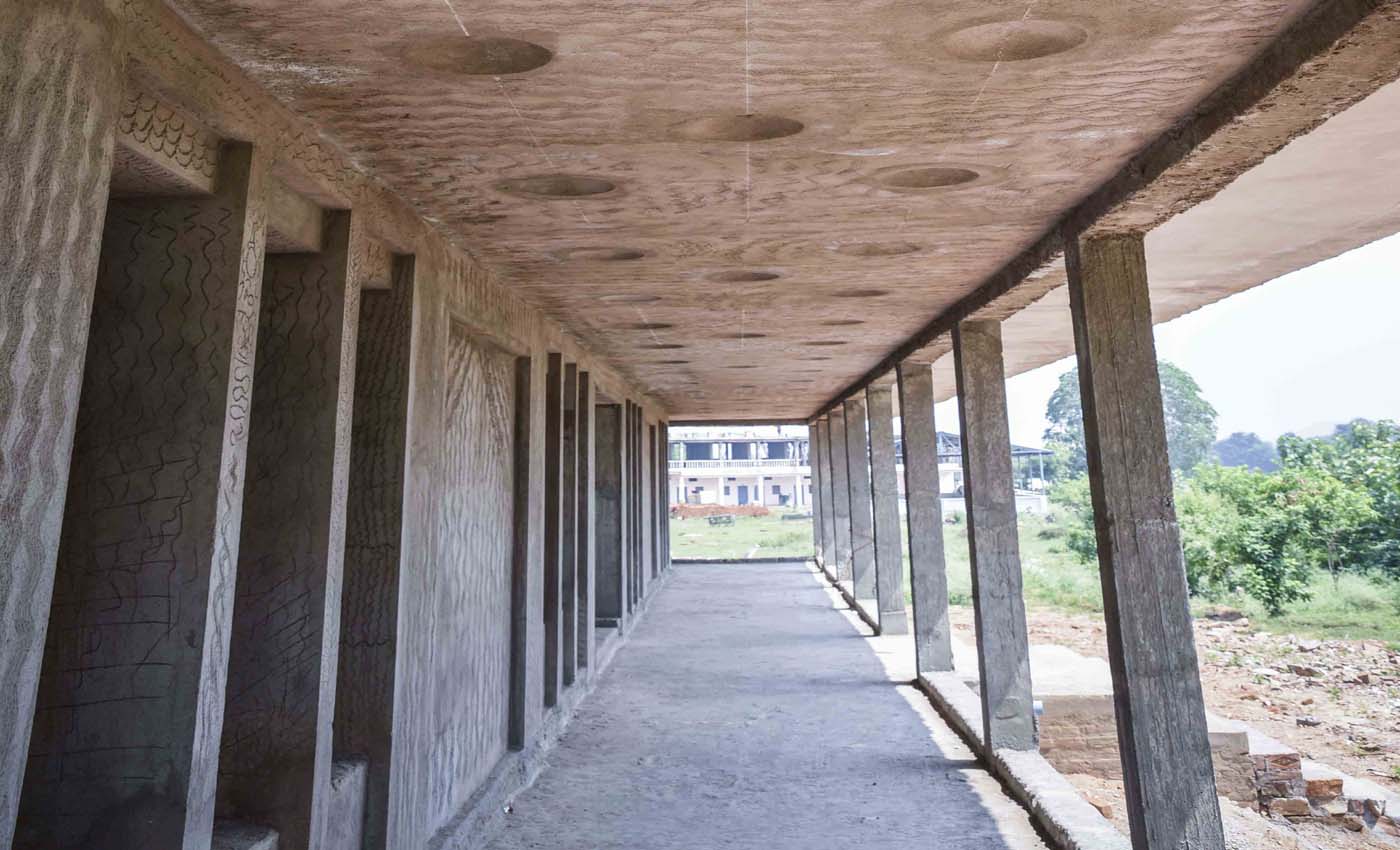 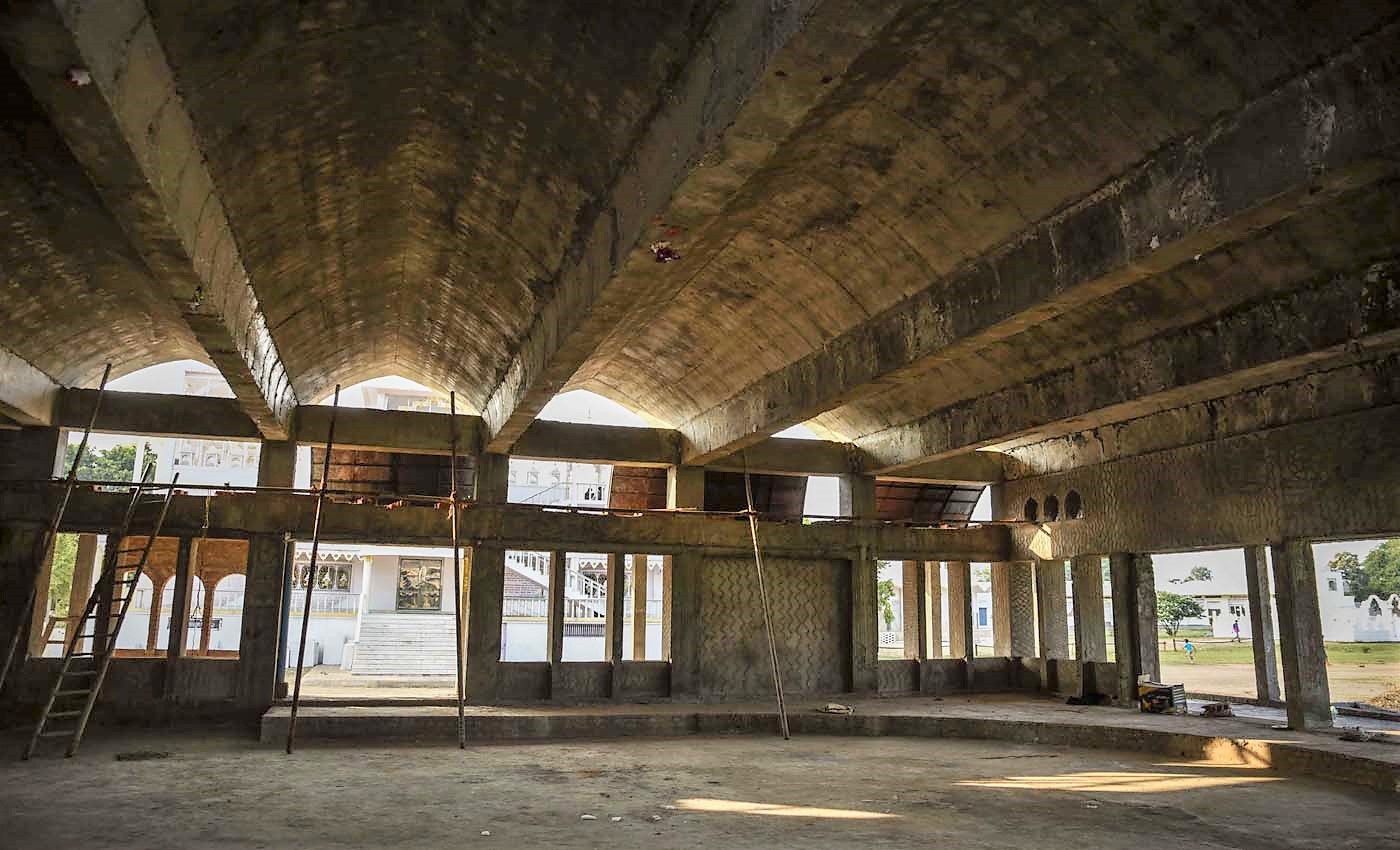 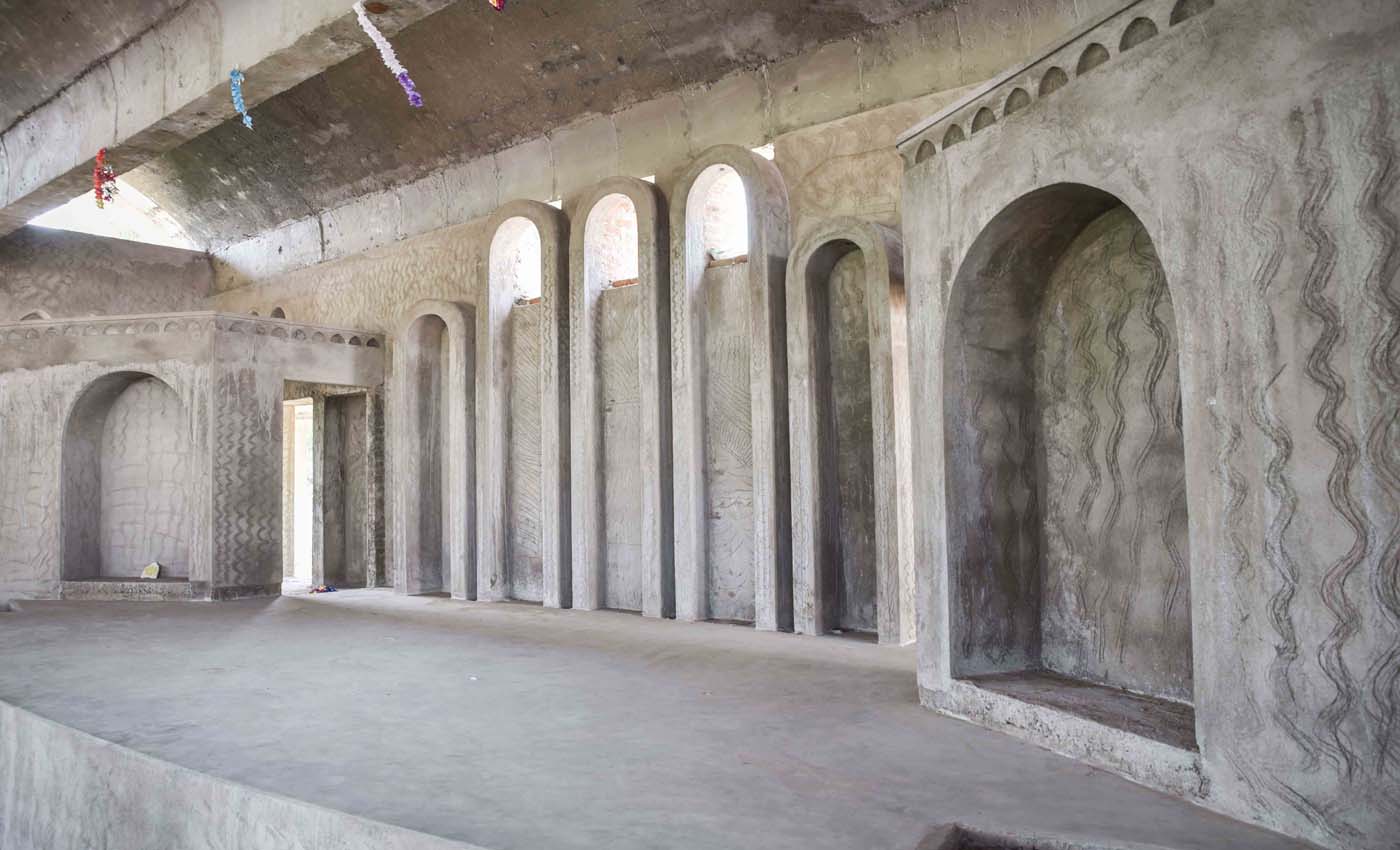