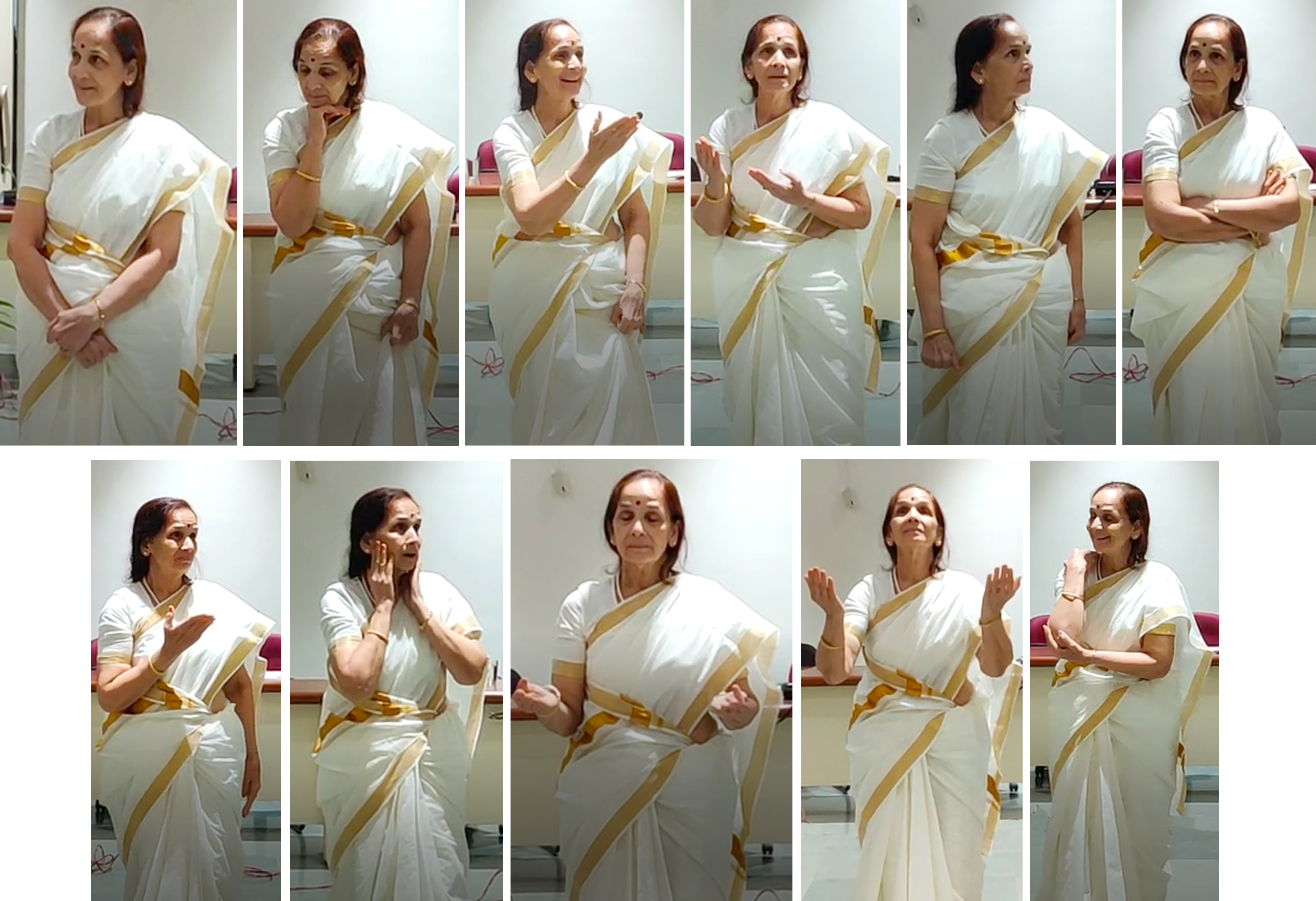 Our 10th DEPTH session ‘The Expressions of Swaras’ with Dr. Prem Dave was a pleasant commixture of knowledge, valuable teachings and melodic instances. The event went gracefully at the Sabha Kaksh of Rajasthan Adult Education Association, where artists from Jaipur, students and enthusiasts joined us.

Dr. Prem Dave, is a renowned Vocal artist and Kathak Guru from Jaipur, Rajasthan. A former Associate Professor in University of Rajasthan, the artist has also attained D.Litt. in Music & Dance, PhD in Music & Dance, M.A. in Vocal music and Kathak, B.Sc., B.Ed. and recognition like Sangeet Praveen, Sangeet Visharad, Sangeet Prabhakar and Sangeet Bhushan in Vocal music and Kathak. Her achievements include Bharat Jyoti Award, Best Citizen of India Award, Shiksha Ratna Award and many more. She has written 4 books, numerous articles, released her own music albums as well as performed on several platforms including Radio, Television and Doordarshan.

The session began with the artist talking about how she started her journey into music. Since childhood, she was an enthusiastic learner of music, be it dance or vocal. As she grew, she also learned the art of painting, the credit for which she bestows to her parents who always made her learn one thing or the other rather than being idle. Though her interest was growing stronger into arts, she chose to be a Bachelor of Science at first, and then headed towards her education into music and dance. Since those very days, she has been practicing music, and it has become a pivotal aspect of her life, which drives her each day.

How Music connects with other arts?

During the session, she elaborated the classification of Fine Arts ‘ललित कला’ that includes 5 major arts- Architecture or ‘स्थापत्य’, Sculptural Art or ‘मूर्तिकला’, Painting or ‘चित्रकला’, Poetry or ‘काव्यकला’ and Music or ‘संगीत’. By giving instances, she explained about the relationship of music with all the other four arts and how they connect with each other.

Starting with Architecture, she quoted, “Architecture is a frozen music, and Music is a liquid Architecture.” Here, she told us how the architecture and sculptures of various human forms at Khajuraho Temple reflect the expressions of dance and music. Its architecture is symbolic and presents a symphony of distinctive sculptures, symmetric repeating patterns, forms, structure, and arrangement of its parts, composed together to express various aspects the everyday life, ideas, mythical stories and much more.

On being asked about her cherished experiences, she mentioned about the wonderful ambiance of Rajmandir Cinema Hall of Jaipur where the architecture and Shehnai music together presents a mesmerizing symphony of Bhartiya Kala Sanskriti. She also shared about cogitating the Ragas of love and romance at The Taj Mahal.

Moving on to the art of Painting, she mentioned about ‘रागमाला paintings, and shared how imperative it was for the artists to learn about the ‘रागमाला’ music to create those paintings. She emphasized that ‘लय’ and ‘ताल’ are not just limited to music but also flourish in the art of Painting.
Further connecting Poetry with music she expressed how both the arts happen to arise from the heart and appeals the heart. Just as the music possess a flowing nature, so does the poetry.

Combining her thoughts and experiences, she said that every artist, be it a painter, musician, sculptor, architect, dancer, singer or poet, must be appreciative and well aware of other arts too. He could then be able to acknowledge the amazing aspects of other arts and adopt some of those to enhance his own genre.

Going in depth, she touched some essential aspects of Music, like it’s a combination of ‘गायन, वादन and नृत्य’. It derives from the core of the human beings, the emotions he feels.

Besides, the artist also talked about the significance of Composition ‘बंदिश’ in music. Every Raga is composed of a set of Swaras and with a set of principles. The Swaras are conceivable ‘मूर्तिमान रस’ and possess the power and capacity of expression. In order to assert the Raga in the right way and with the right emotion, it is essential for a musician/vocal artist to first perceive the emotion ‘भाव’, develop a form, a shape of it, in his core and then bring out the Swaras from his vocal cords. But the assertion of Swaras is of no meaning until the set of principles and disciplines is followed the right way. Only when these two crucial elements are practiced, the artist will be able to recognize the emotions within himself and communicate the same to his audience.

Here she shared one of her life’s many experiences when during an early morning practice ‘रियाज़’ of Raga Bhairavi, she encountered the moment of extreme emotions of ‘करुणा’ within herself that had caused tears come out of her eyes. There she concluded that to be able to convey the truest emotions to the audience it is important for a performer, be it a musician, vocal artist, poet or a painter, to first feel those emotions himself, and then follow the principles of that art with an honest demeanor, because in the absence of these ingredients, every tune, word or stroke will leave the composition meaningless. Here, the relationship between the artist and audience, which is central, will also be influenced. Similarly, for an architect, his composition is the building he designs. And only by a thorough understanding of architecture principles (Balance, Harmony, Rhythm, Proportion and Emphasis) and the receiver’s emotions, will he be able to develop an excellent composition (design) through which he could convey those earnest emotions as well as connect with the core of others.

Lastly, the artist spoke about the significance of music in our lives, and stressed on the vital need of introducing classical music to students during the early school span. This could prove to be a significant step in consociating the children with the Indian music as they would be able to grow exploring and learning about our country’s affluent culture. She also advised us, the architects, on understanding our clients and introducing a thoughtful amalgamation of music and other arts into our designs, so that we could not only bring a difference in their lives but also enlighten all of us about the profound and influential depths of music.