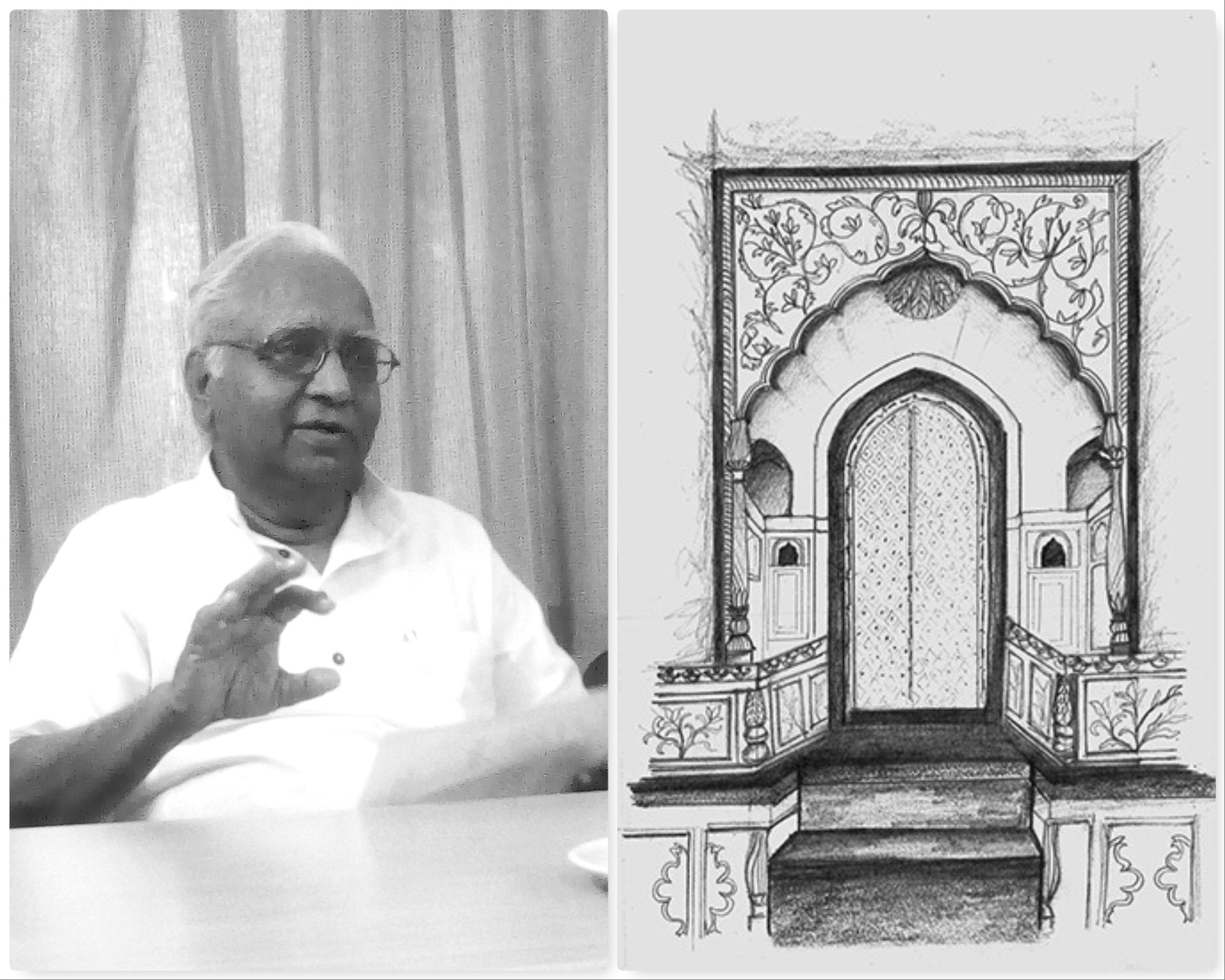 In our previous session with Honorable Pt. Chandra Mohan Bhatt, we talked about the relation and similarity between Music and Architecture. That intellectual & musical session inspired us in many ways, and on top of the list of those inspirational things, was a thought, a realization, that everything- be it Art, Music or Architecture, is a part of our culture. So why not unite with our ‘Culture’ first? Why not just dig deep and learn how culture and traditional architecture actually connect?

Architecture is an interdisciplinary field that tells about the relationships between people and their things i.e. the making, history, preservation, and interpretation of objects. Based on the aspect of how culture reflects, influence and connects with architecture, the interactive session of DEPTH took place and the influence of culture on a house’s architecture in particular, became the pivotal subject of the interaction. 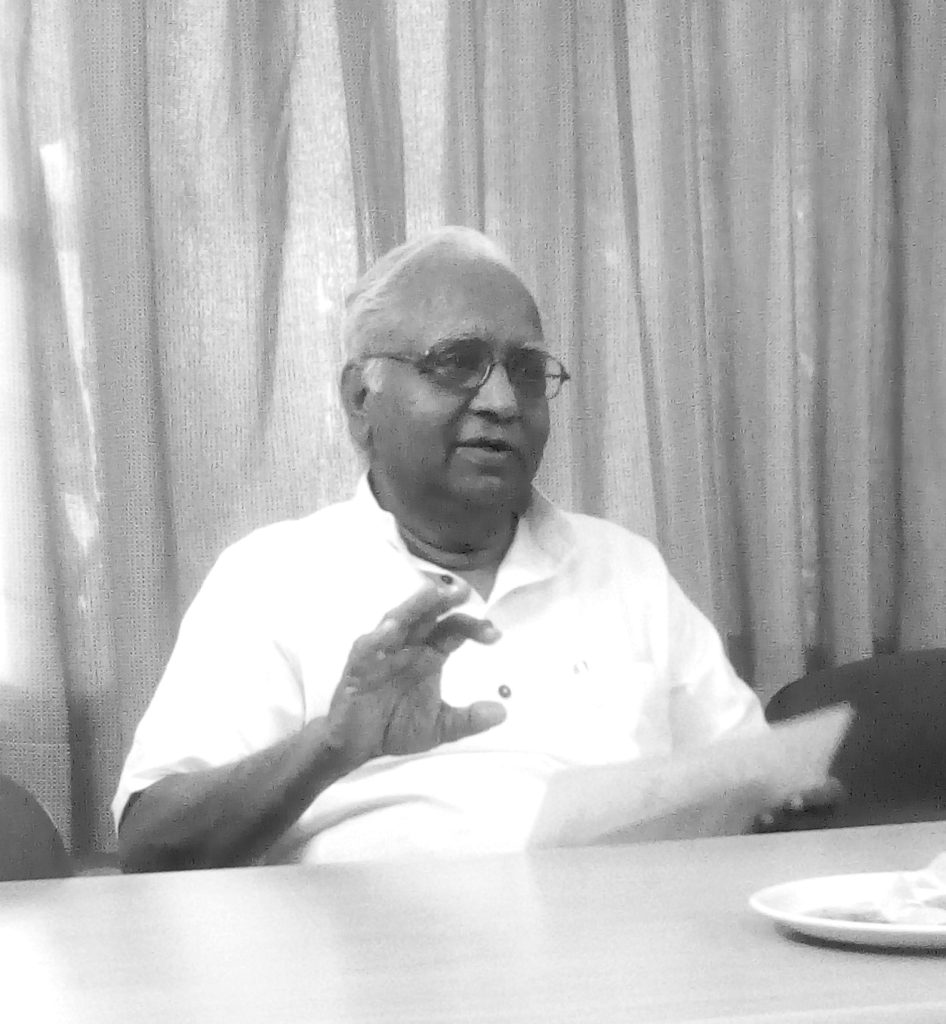 We earned a fortune to meet Honorable Mr. Ramesh Thanvi, the Co-founder & Chairman of Rajasthan Adult Education Association (Rajasthan Prodh Shiksha Samiti). RAEA was set up in 1973 and works as a nodal agency of NGOs involved in literacy, women empowerment and overall rural development.

Mr. Thanvi, an educationist, litterateur and a creative writer of Rajasthan, is a person of extreme knowledge and positivity. His sparkling eyes could tell the expanse of his immense knowledge about anything and everything.

How do Culture and Architecture connect?

Sir Ramesh Thanvi began with explaining about how the architecture of Indian traditional houses were used to be, what were the major objectives during their construction and how they were valued and appreciated throughout the life. In old times, a house’s creation or ‘Bhawan Nirman’ used to take place in keen and close observation and with the involvement of the inhabitants. The motive was not just of building it, but creating a space, a shelter that is close to nature, & reflects the incense of our traditions, our culture and ourselves. The whole process was considered a cultural celebration, a celebration that looked forward to the happiness and prosperity of our lives. Besides the bricks and mud, a house also carried the trust, emotions and hard work of the people. It was therefore regarded as a great support the stands with the members in times of need, joy, or pain.

He expressed similar thoughts about the attachment & love he belongs with his place of dwell. He strongly believes that a house is nothing but the reflection of its inhabitant. Even being a non-architect he has closely lived and observed his dwelling and surroundings which has always motivated him to dialog with it and appreciate its beauty. He perceives every inch and corner of the house in a different way as for him the spaces are not just spaces but a living person with whom he can talk.

Right from the ‘Chowkhat’, to the ‘Dwar’, ‘Jharokhas’, ‘Saal’, and ‘Chowk’, every space has its functional as well as cultural importance that keeps him connected with his house; about which he expressed thereafter.

So he began by telling about the foremost, the Plinth or ‘Bhala’. In the previous times, Lotus leaves were used to be carved at plinth depicting that human should be rising above the dirt just like the Lotus flower. 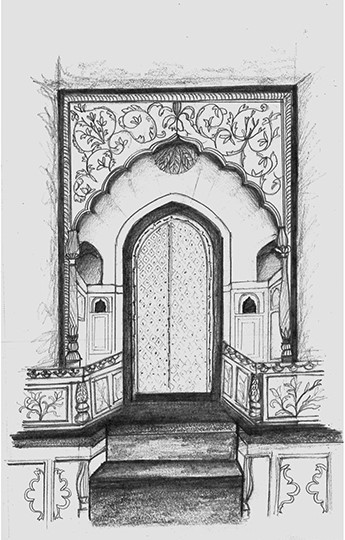 A Door or ‘Dwar’, he explained, was not just a 2 paneled door that closes or opens for people, but a beautiful symbol of human arms that are opened wide to welcome the guests.

Similarly, the Walls or ‘Deewar’ were strong, always acting as support to the inhabitants as well as lifting their perception and lifestyle. The walls were also shaped with Niche (s) or ‘Aala‘ that were filled with books, idols, planters and things of function; largely providing a sense of depth and grandeur to space. 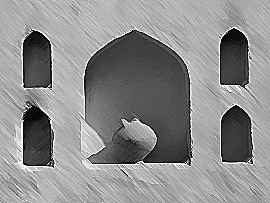 The main entrance door frame or ‘Chowkhat’ used to be decorated with auspicious signs and symbols and signified to continuously guide & confine a person’s limits throughout his life. 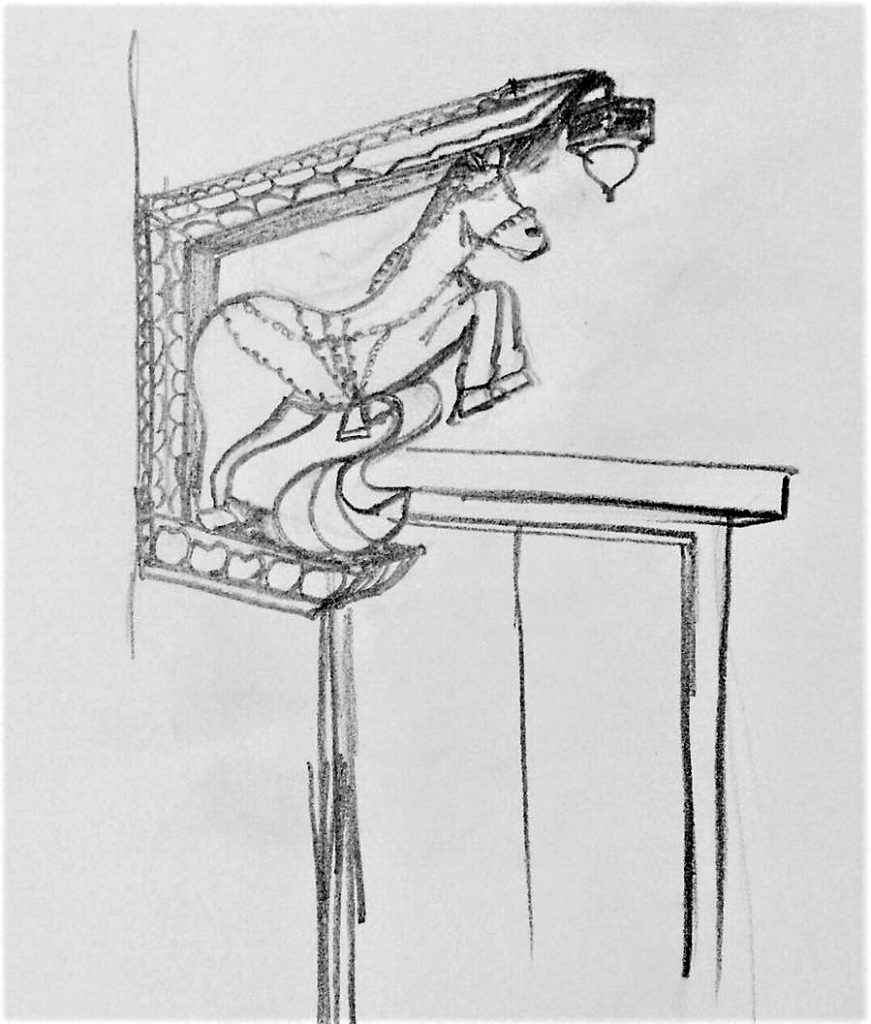 In some houses, the upper space of the ‘Chowkhat’ called ‘Barsali’, used to feature brackets with two wooden horses extending from the wall. This depicted that the house is like the Sun god or ‘Surya’, the possessor of immense energy and vigor which is carried by its chariot or horses. 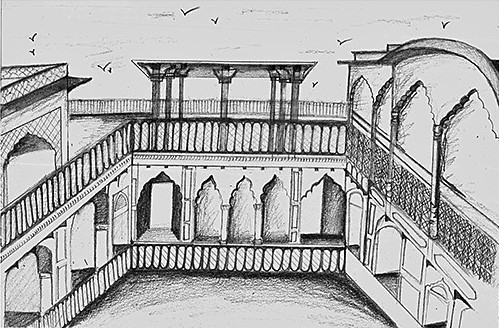 The Courtyard or ‘Chowk’ have been used in residential architecture for almost as long as people have lived in constructed dwellings. Courtyard homes were more prevalent to reduce and cool down the high temperatures. 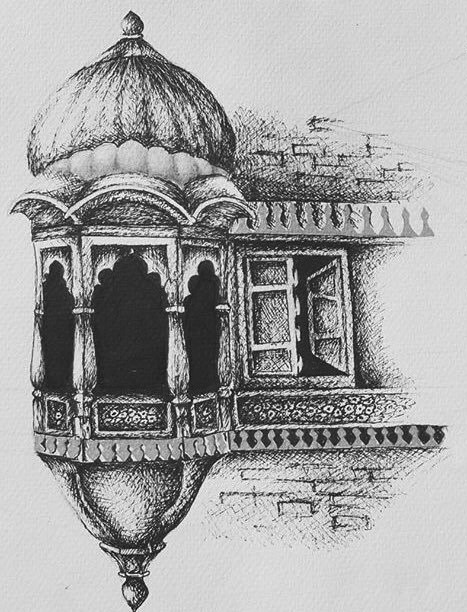 Another important feature of the traditional houses were the Ventilators or ‘Jharokhas’ or an overhanging closed balcony in the upper story of the house, technically closed by ‘jaalis’ and covered with sloping eaves or ‘Chajja’. While the ‘Jharokhas’ used to add to the architectural beauty and maintain the air flow, the ‘Chajja’ provided protection from both the summer sun and monsoon rain.

Then there was the Breezeway or ‘Vaay’ that allowed the passage of a breeze between structures to accommodate high winds & allow aeration.

Other spaces were large halls or ‘Saal’ where members used to gather and talk; Chimney or ‘Dhuabari’ in the kitchen space; and Verandah or ‘Baranda to sit and rejuvenate’.

His profound knowledge and firm statements stressed on the close relationship between man and his dwelling place and also on the need of Eco-friendly buildings that are in tune with nature. Such a space attains a balance between us and nature; supports and uplifts our thoughts, our health, and prosperity; it even enhances our spirituality and makes us a social being. It reminds us of who we are, what our culture is and what are the traditions we live by. We must not forget that every space of a house, from the basic to the biggest, has got a reason for its existence that guides us every day and acts as a functional, aesthetic, emotional, and psychological support for us.

Architecture is nothing but an embodiment of the culture that pre-exists individual buildings. The study of conventional traditions and culture encourage an architect to be more self-aware and aware of the culture’s needs both. Such a study makes him a preservationist and he then creates spaces that elevate the inhabitant’s thoughts and make him acknowledge, appreciate and unite with the culture once again. 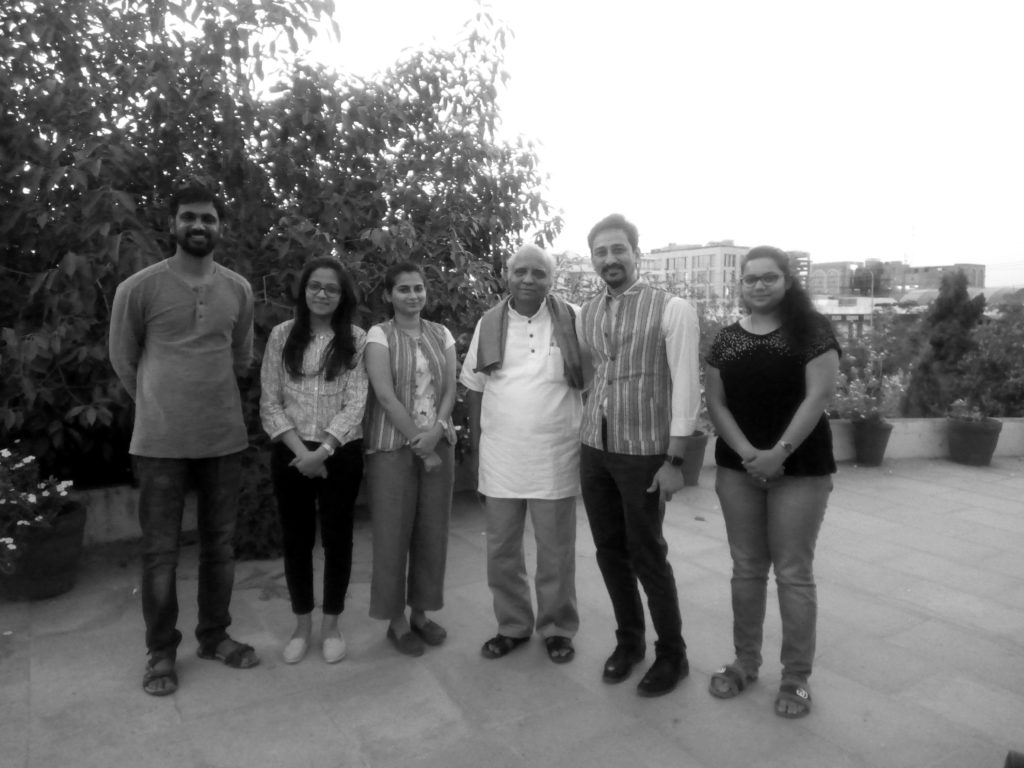